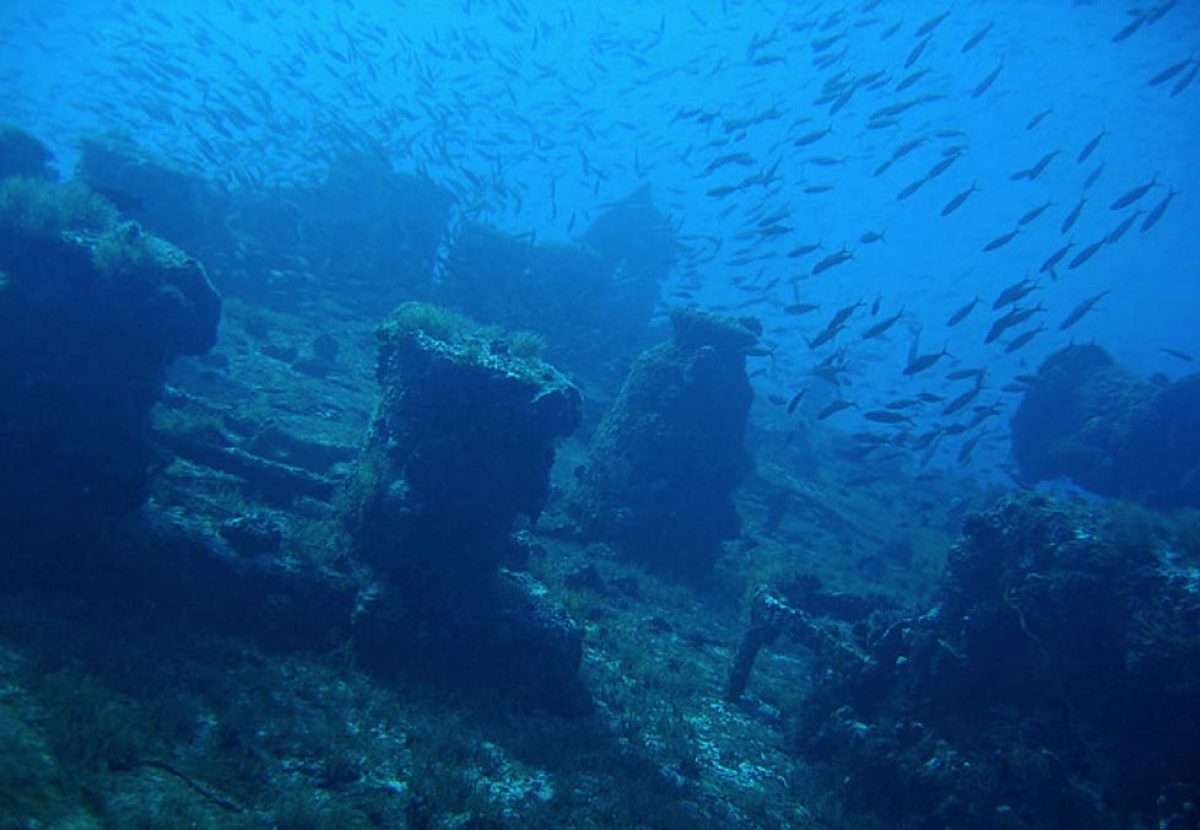 A day of diving on the wrecks of Mahé !
The Ennerdale – The Twin Barges – The Bedger

It was at 07: 37, local time, June 1 1970 When the Ennerdale hit rocks off the coast of Mahé, near the breasts.
The ship had been built in 1963 in Germany and his first name was “Naess Scotsman”. This explains why the Bell from the ship which is currently in the Seychelles Yacht Club is not the name of Ennerdale. It was a tanker more 216 meters long, carrying 42000 tonnes of oil, mobile truck for the British "Royal Fleet Auxiliary" service as (naval support of the Royal Navy). At this time, an embargo against the Rhodesian Government of Ian Smith is in effect and the port of Beira in Mozambique is blocked. Many ships of the Navy are therefore in Seychelles waters (the Seychelles are still a British colony and serve as a basis for this supervision)
He had to refuel at sea HMS Andromeda. The collision caused a large waterway, blowing the crankcase as well as generators. All the 51 crew members managed to board the lifeboats before the ship goes down on the starboard side.

Thanks to the presence of the Andromeda, many hoists have allowed the recovery of telecommunications equipment including.
As it was not possible to save the boat and the oil was threatening to pollute the North coast of Mahé, It was quickly decided to sink the ship by using shells and torpedoes...
Today the wreck is divided into 3 Parties to a depth of 30 mèters. The central part is completely destroyed. The rear section is relatively intact, with the wheelhouse and the propeller within easy reach. It is of course the mark of a rah of tropical fish : schools of fusiliers, Snappers and other giant trevally ; Scorpion fish, scorpion fish, Napoleons, moray eels, rays...

Your choice for your personal data
This site and its partners use cookies to make your visit more pleasant and to compile statistics..
You can now make your choice using the buttons below..
We will save your choices for 1 an. However, you can modify them at any time by opening the small tab at the bottom of the site.
Manage options Manage services Manage vendors Read more about these purposes
Personalize
{title} {title} {title}